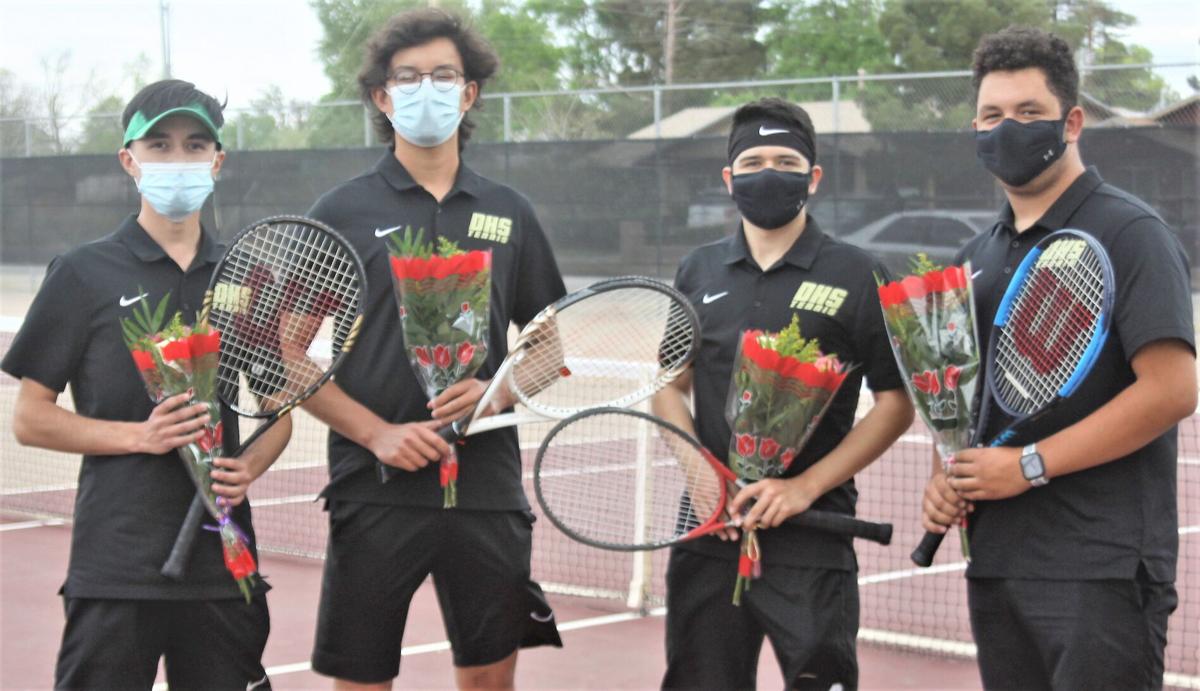 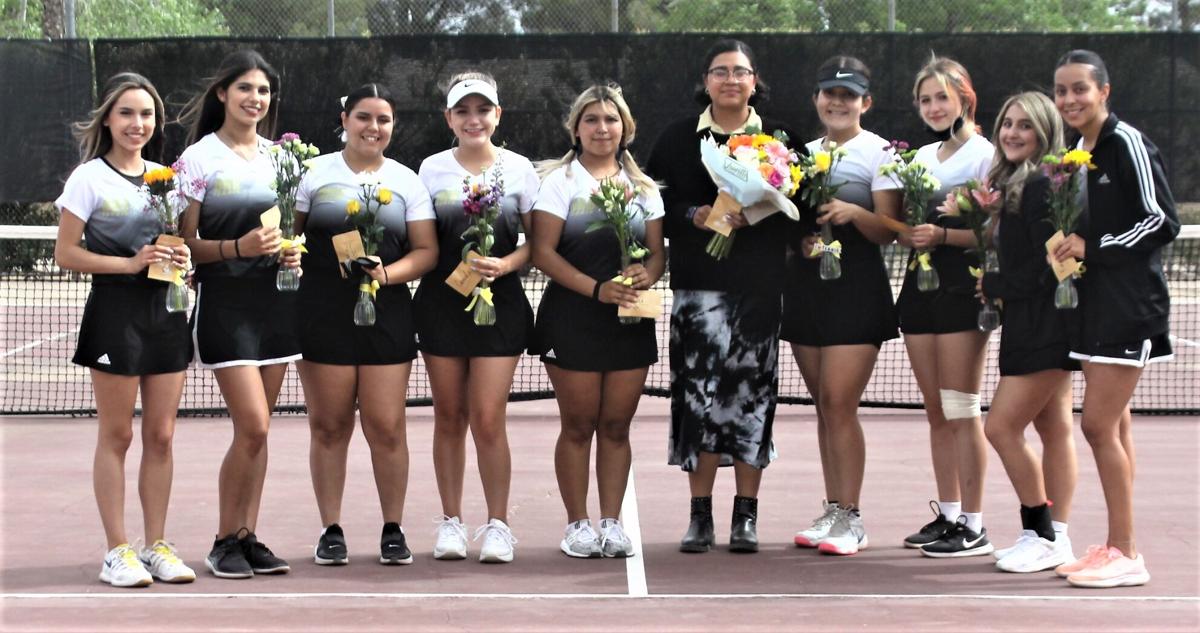 DOUGLAS — The regular tennis season came to an end Friday for the Douglas High School boys and girls teams who were defeated by the Tucson Sabino Sabercats.

Now, according to DHS coaches, the waiting game begins to see which players will be selected for the state singles and doubles tournaments.

Aguirre said many of these girls have been with her since the first season she was hired and she is going to miss them terribly.

Villegas and Ayon were Douglas’ lone winners in doubles with a score of 8-6. Vildosola and Gonzales fell 8-4 and Martinez and Felix lost 8-3.

In the boys match with Sabino, two of Douglas’ wins came in four and five singles where Luis Flores and Sergio Angulo won their matches by scores of 6-4, 2-6, 11-9 and 6-1, 6-2 respectively. The third came in No. 3 doubles as Jose Baldenegro and Angulo were 8-5 winners.

Douglas’ doubles teams of Cruz and Flores, Pena and Giron, and were beaten 8-0, 8-0.

On April 15 the DHS tennis teams hosted Tucson Amphitheater on what was Senior Day for the boys team. Prior to the start of the match Douglas’ coach Victor Ramos honored his four graduating seniors, Giron, Pena, Cruz and Flores.

In the boys match, which Douglas won 9-0, Giron and Pena won their respective singles matches 6-3, 6-2 and 6-0, 6-1 while Cruz, Flores, Baldenegro and Angulo all won by forfeit.

Pena and Giron also won their doubles match 8-0 with the other two matches being won by forfeit.

The Douglas girls team was an 8-1 winner over Amphi.

Vildosola and Gonzales won their singles matches 6-1, 6-3 and 6-1, 6-4 while Ayon, Villegas, Martinez, and Felix were all winners by forfeit.

In doubles play, Ayon and Villegas fell 8-5 while Gonzales and Vildosola and Felix and Martnez were winners by forfeit.

The boys tennis team ends the year 6-5 overall, 3-3 in division and 3-2 in sectional play.